Learn more about our services 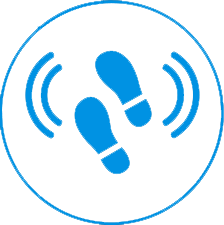 All our work work is carried out in conjunction with all British standards.

Firesec UK Ltd are one of the Country’s leading designer and installer of electronic and electric perimeter security systems and perimeter intrusion detection equipment, and we have supplied many of the nation’s leading industrial and commercial companies.

Here at Firesec, we have a portfolio of technically advanced perimeter protection and detection systems that can help prevent such attacks; and have a proven track record in stopping crime and losses.

The purpose of perimeter security, whether fence mounted or wall mounted, is to deter anyone who may otherwise enter the site or building with a view to damaging or procuring the assets within. We design and install specialist systems customised for your particular needs including:

Various types of PIDS sensor are available to cater for different types of application and risk. As an independent company, Firesec UK Ltd can recommend, without bias, the one that’s right for you and your budget.

All the systems offered identify noise and vibrations during intrusion attempts, or sound an alarm when a beam is crossed, thereby alerting security personnel of an intrusion.
In conjunction with the physical barrier provided by the perimeter fence, the PIDS forms the first line against attempted intrusions. They provide the earliest warning of intrusion attempts while simultaneously ensuring that false alarms are minimised. During any intrusion attempt, security staff can monitor and verify intruder activity. Firesec UK Ltd can also provide 24/7 monitoring and even offer manned guarding (via a Sister company).

The alarm signal will be generated from the zone on the perimeter where the attack is taking place. It can be integrated with CCTV Systems and access control systems to provide a comprehensive security solution i.e. a PTZ camera zooms to the location, lighting can illuminate the area, and the alarm can be relayed to remote central monitoring.

Don’t leave the security of your premises and your valuable business assets to chance. Choose one of the industry’s leading designers and installers today to get a free quote, and to find out just how easy it would be to protect everything you’ve worked so hard for.